contactus@getaspnow.com
Let us deliver the best security solution for you.

Share
A Gift of Hope and Security to the Grieving
December 19, 2018 by Leslie Davis 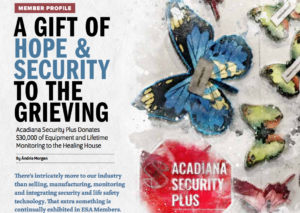 There’s intricately more to our industry than selling, manufacturing, monitoring and integrating security and life safety technology. That extra something is continually exhibited in ESA Members. These professionals continually go above and beyond their job requirements to give back and impact others in a positive way. This is Acadiana Security Plus (ASP)’s story.  (This article is from Security Nation magazine, a publication of Electronic Security Association (ESA).  Download the original here.)

Located in Broussard, LA, ASP operates in nine parishes, is ranked #60 on the SDM 100 list and is the only locally-owned company in Acadiana that operates its own 24-hour monitoring facility—for direct and quicker response times, a more personalized level of care, and greater attention to their customers’ needs.

Each year, employees of ASP come together to decide on a philanthropic endeavor. This year’s recipient was Randon’s Place at the Healing House in Lafayette, LA — to which, ASP donated $30,000 worth of free equipment and a lifetime of free monitoring.

Founded in 1996, the Healing House is a non-profit organization that helps grieving children. Serving nearly 300 families per year, the organization provides a safe place, where children who have experienced the death of a loved one can express their thoughts and feelings in a variety of ways. All services provided by the Healing House are covered free of charge — working solely on support through donations and volunteering.

The Healing House also serves the community in outreach programs that include Coping Kits (a grief care package that is available for any child that has experienced a death, with resources for the child and for their caregivers). eir Tragedy Response Team conducts support groups for children who have experienced a common death (like that of a teacher or classmate). They also host a resource library with books to educate the surrounding community on the grieving process.

According to the Comfort Zone Camp’s Life with Grief Research, one in seven Americans will lose a parent or sibling before the age of 20. And while a common issue, coping with a child’s loss is profoundly complex. Children are the most under served bereaved population.

Last year, the Healing House launched a capital campaign, “Where Hope is Found,” seeking donations to aid in the development of a new location. is new location would allow the facility to more than double the number of grief support groups being offered, decreasing their wait list and providing more space for families.

During this function, a video was played for all guests showing the impact that their donations would have on children and the families.  Kenny Klusman, managing partner of ASP, was in attendance and immediately asked how he could be of assistance.

He felt an overwhelming urge to support the many kids who lose siblings or parents to sickness, addiction, and unforeseen incidences. He was personally inspired and determined to help the organization — to support a place for children to learn from and interact with others their age who are also dealing with heartache.

Kenny soon after pitched the idea of supporting the organization and wasn’t long after that he had the support of executive leadership and approximately 80 ASP employees.

“We didn’t approach Kenny and his team at Acadiana, Kenny approached us,” says Kim Thackston, administrator at the Healing House. “His motivation was so pure, it was obvious that he saw the need for the kids.”

“We believe it is our civic duty to go out and help others in the community,” says Klusman.

The Healing House, at the time, was going through a new build and expansion — moving into a larger facility. The previous facility, according to Kim, had a basic nonfunctioning alarm system.

So, the ASP team visited the original house to get an idea of the organization and its needs. They also spent a lot of time talking to staff and volunteers, to get a feel for anything they could add on that would be of use to the facility.

“We were surprised when Kenny offered to provide security for our new facility,” says Kim. “We were thrilled to think the ASP team would provide us with a basic monitored security system like we had prior — but they completely exceeded any expectations.”

The Acadiana team had the luxury of being able to work through the installation as the 6,500 sq. ft facility was being built.

“Kenny and his team worked with us through the entire process,” Thackston says. “He didn’t just leave us when we moved into the new house. He helped train us and gave us plenty of time to adapt to this new and robust system.”

“The previous location of the Healing House had a basic security system, so it was important to learn the specific needs of the organization,” says Klusman. 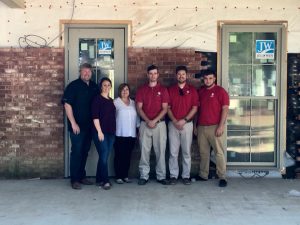 The ASP team was able to design a system that would provide a high level of security with ease of use for the staff and volunteers. During the planning process, ASP determined that the Healing House needed a system that would not hinder the daily access but would control free entry into the facility with easy operation of the security. This was accomplished by integrating access and security to control alarm functions.

They ultimately decided on a DMP XR150 control panel that was able to incorporate security and access control allowing for managed access that could accommodate the various time schedules of the facility.

Being a non-profit organization, the facility sees many volunteers and guests and its administrative offices need the ability to allow and restrict access while open for programs. The new DMP system is integrated with Digital Watchdog to verify alarm activity, while video analytics are also used to secure the perimeter after hours. These products are web and app driven to give staff and volunteers more control when they are offsite.

“Things like being able to view the house and unlock doors from our own homes is an awesome feature. The team went far beyond our wildest dreams,” says Kim.

While it’s not every day that a security integrator is able to participate in the installation, while a facility is being built from the ground up — providing a smooth process for the ASP team; Kenny stresses the importance of designing a system for your customer that can grow and be flexible, as the needs of the facility will likely change, which in the long-term results in less future overhead costs. 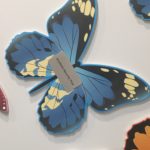 Acadiana Security Plus was able to touch the lives of so many people now, and in the years to come by providing peace of mind for everyone. And now, a large blue butterfly suspends from the walls of the new Healing House with the Acadiana Security Plus name attached, symbolizing a lifetime of friendship and collaboration between these two wonderful organizations.